When a Kirby-Smith Machinery employee's home and acreage south of Dallas was in imminent danger of being consumed by a rampaging wildfire, his employer acted quickly to help.

Deciding to send a dozer to the employee's home so that an earthen firewall could be created around the perimeter of his property, Kirby-Smith put a call into its hauling contractor, Gibson Heavy Haul. The dozer would need to get there stat.

"I called Kelby at Gibson Heavy Haul and they sent a truck directly to our yard to pick up the dozer and deliver it to his home," said Bryce Puckett, Kirby-Smith's general rental manager. "Gibson did this for us at no cost to us. The employee was able to save his home along with helping other neighbors save theirs, as well."

That level of service and response time helps explain the rapid growth of Gibson Heavy Haul, a two-year-old company that already is averaging more than 500 loads per month, nearly all of which is heavy equipment. 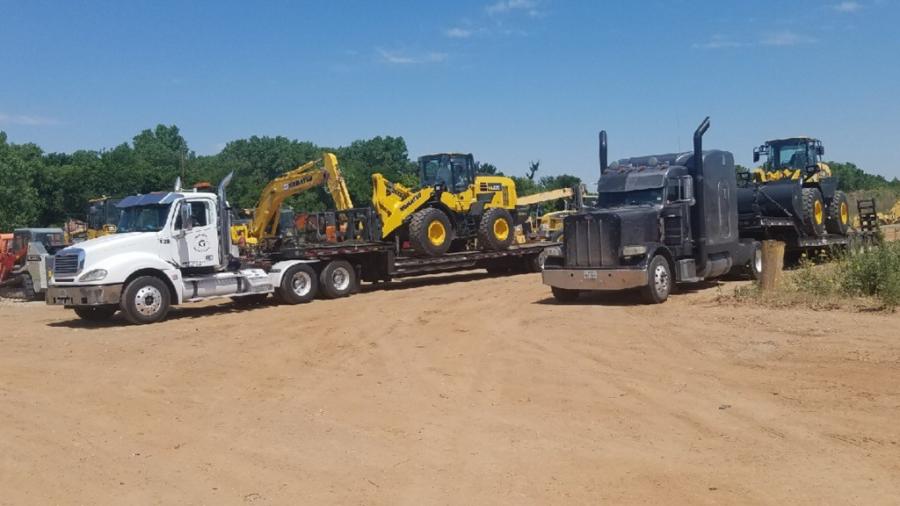 "That's the kind of service that will keep us as loyal customers for years to come," Puckett said about why Kirby-Smith made Gibson its "go to" transport company.

Located in Granbury, Texas, Gibson focuses on the greater DFW area but has quickly become a major player in the oilfields of West Texas, too.

Eugene Gibson, who had operated a successful roustabout company in the Barnett Shale and multiple other locations, decided to move into the transport business after the oil slowdown of 2014. Gibson, now president of Gibson Heavy Haul, added two key staff members to his company soon after that, which he credits with helping his company grow.

Brad Pustejovsky, who had more than a dozen years' experience in highway construction, joined Gibson as a partner in 2016, and Kelby Hubbard brought more than 15 years of transport experience to the company the following year. Pustejovsky serves as senior vice president while Hubbard is vice president of sales.

"It's about how we handle our business," he said. "Customer service is number one. Making our appointment times, making on-time deliveries, having qualified, professional drivers — it all adds up. Our drivers all have operator experience. They know how to load and unload properly."

But there's more to it. Gibson Heavy Haul places equal emphasis on using quality equipment. The company's fleet size has tripled to 16 trucks and 24 trailers in just two years., and its equipment is new and well-maintained.

"We buy new trucks …. nice trucks.," said Gibson. "Our trucks and trailers are maintained impeccably. We maintain our own shop, our own service truck, our own mechanics."

Gibson primarily uses Peterbilt trucks and Trail King, Talbert and Landoll trailers that can haul as much as 150,000 lbs.

Equipment makes a difference, Kirby-Smith's Puckett added. "Gibson's large and diverse fleet gives them the ability to haul most everything we carry," he said. "When you couple that versatility with dependability, it is a winning combination. With a new addition to their fleet, they are now able to deliver our largest Kleemann rock crushers and Komatsu PC650's weighing out at over 140,000 lbs.."

"Our competitors will say you can make as much money with an ugly truck as a good looking truck," Gibson said, "but that's not how we operate."

That philosophy is important to the customer, Puckett said.

"When our unit arrives on site for our customers, in their eyes, Gibson is a representative of Kirby-Smith Machinery Inc. and they do a great job of representing us." 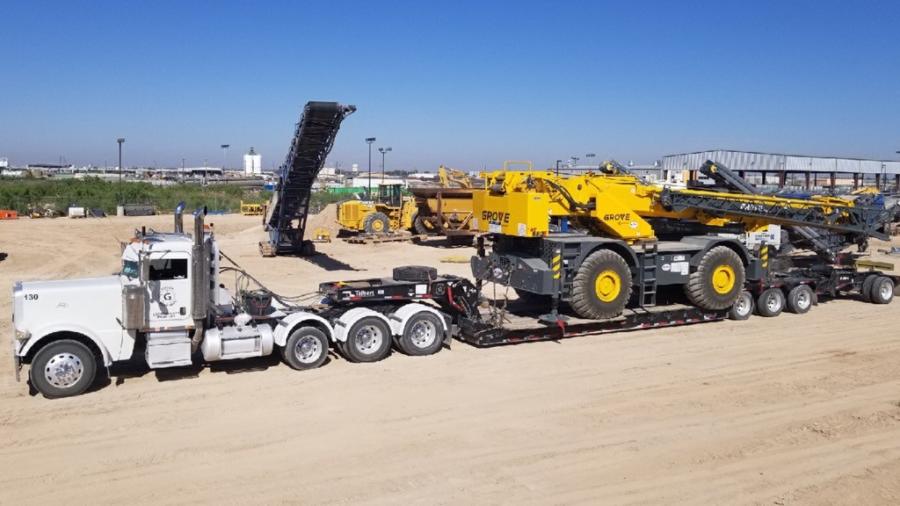 Gibson said that his plans for the future include doubling again in size.

Gibson is proud of how far his company has come in a short time.

"We're getting noticed more and more every day," he said. "Perhaps, what I'm most proud of is that even though we quickly established that we can haul for the ‘big guys,' we built our business on the little guy. We value their business immensely. There is a lot of loyalty if you work for the little guys."

Doing the right thing will get you noticed, too, not just when working with other businesses but also when stepping up and helping people at times when they desperately need someone or some place to do it. The employee and his neighbors noticed Gibson Heavy Haul, too, and they'll remember them every moment they spend with their families in their homes.


Committed to Customer Service since 1983