Even before recently joining the Kirby-Smith Machinery team, Carlos Vega felt like he was part of the family.

“I have known a lot of people from Kirby-Smith for a long time, and we always got along very well. I knew I’d fit in,” said Vega. “Kirby-Smith has the same high standards as I do. I really enjoy the positive atmosphere and the way the company believes that everyone, including its employees and customers, are like family.”

Vega brings that same attitude when he assists customers in his new role as Product Service Manager, Crushers. He has a wealth of experience in running sand and gravel operations, as well maintaining the equipment that goes along with them. His goal is to help customers maximize production and run their crushing spreads more efficiently.

Customers benefit from wealth of knowledge

“Carlos’ experience is a valuable asset,” said West Texas Area Manager Chuck Thompson. “He passes along best practices to help customers get the most value from machinery as well as reduce owning and operating costs. Customers appreciate that he’s been in their shoes. Carlos has a unique, first-hand perspective.”

Vega’s relationship with Kirby-Smith is nearly two decades long. He worked for a sand and gravel operation that began purchasing Komatsu equipment in the early 2000s when Thompson was a Territory Manager. Some of the first WA500 loaders Vega used were on the job well beyond 20,000 hours.

“That longevity was due, in large part, to the way Carlos approached maintaining those machines, along with assistance from Kirby-Smith,” said Buck Lawson, Komatsu District Manager, who has also built a strong relationship with Vega. “A long time ago, Carlos shared his appreciation for Komatsu quality and the world-class support from Kirby-Smith. He said it seemed like a great place to work.”

Now, Vega is talking to customers about Komatsu and Kleemann crushers, as well as stacking and conveying equipment.

“I was looking for a change and a challenge, and the company had the right fit at the right time,” said Vega.  “It’s been a great move."

June 20, 2022 / Company Updates
Kirby-Smith Machinery, Inc. (KSM) has hired Colin Brown to serve as Branch Manager for its Oklahoma City location. The move marks a return to KSM for Brown, having served in roles as a Product Service Manager and Governmental Sales Representative for the Dallas branch during his first tour with the heavy equipment distributor. In this role, he will be responsible for managing branch operations in Oklahoma City, including oversight of its parts, service, and rental departments. Continue reading... 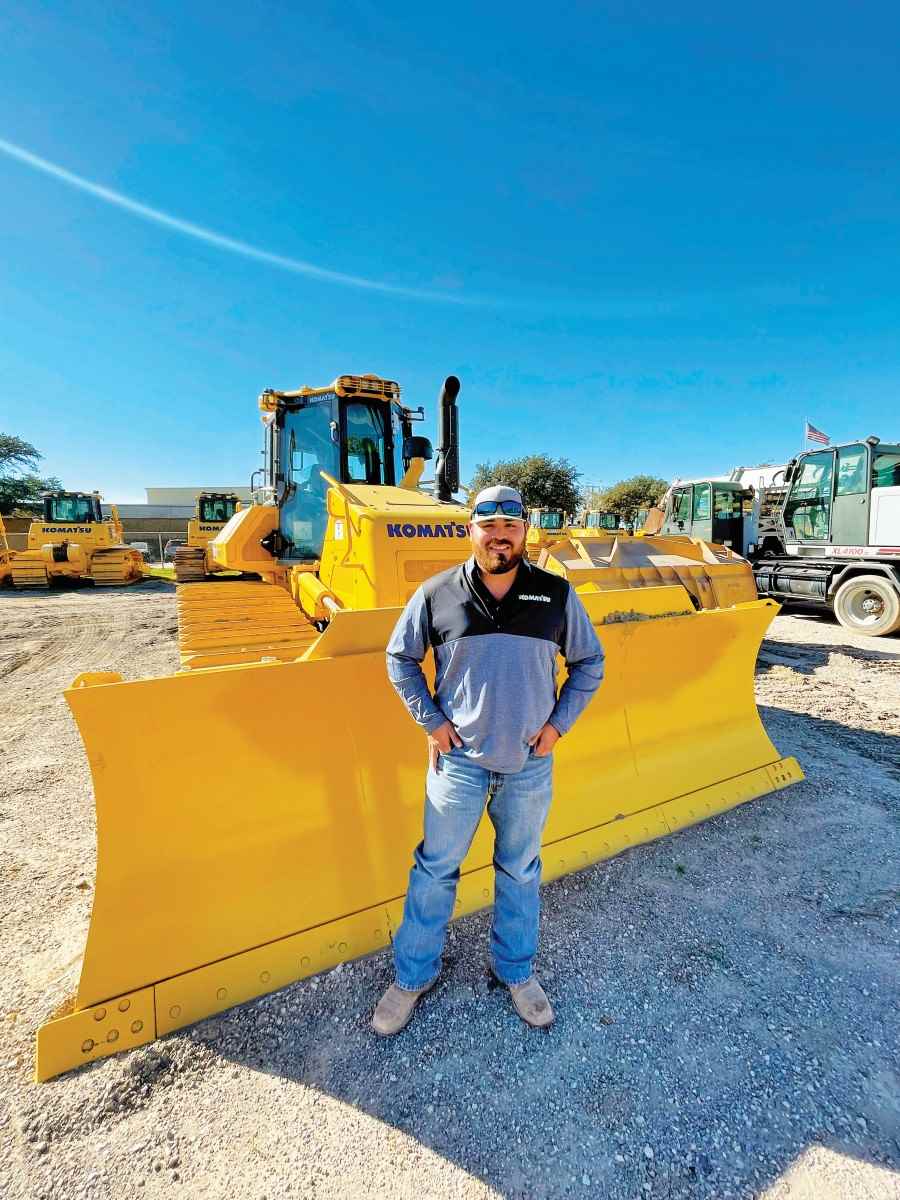 April 12, 2022 / Company Updates
Nine years ago, Eduardo “Eddie” Garcia had no idea what his future held. However, he quickly realized after taking a job with Kirby-Smith Machinery Inc. (KSM), that he had a good opportunity. Continue reading...