If you want to get technical, Southland Holdings’ origins trace back to 1900. That’s when the firm’s recent acquisition, Pennsylvania-based American Bridge Co., was founded as part of U.S. Steel by J.P. Morgan.

The transaction was the latest among a list of several long-established businesses Southland Holdings has purchased during the past 40-plus years. Among them was Johnson Bros., which dates back to 1929.

A pair of brothers also started what has become Southland Holdings. Oscar and Rudy Renda started building its foundation in the early 1970s. It was during that time when they established Mole Constructors and Oscar Renda Contracting, which focused on small regional Texas water/wastewater projects. Those two companies were the forerunners to what has become one of nation’s largest and growing construction-related firms.

“Each separate entity under the Southland Holdings umbrella has its own specialties, but they often work together,” said Garth Dietiker, Director of Equipment. “By combining forces, we can cover all the bases on even the largest projects.”

Southland Holdings companies have completed more than 4,000 projects in the last half century. It has more than $9 billion in total work under its belt, and it is currently active in nearly all 50 states. Southland Holdings has an employee list that tops 2,000 people.

“Growth has been pretty strong, especially in the past two-plus years,” noted Dietiker. “I think a lot of that has to do with looking at the companies as an overall whole that can work together on a large number of projects so that we can self-perform almost every aspect.”

One its largest undertakings is underway in Southland Holdings’ own backyard with Mole and Southland Contracting joining forces, along with some other contractors, on the Mill Creek Tunnel Project in Dallas.

In the span of roughly five years, crews have and will bore approximately five miles under streets and open areas to install the Mill Creek Drainage Relief Tunnel, which is designed to provide 100-year flood relief in east Dallas. Mole and Southland Contracting dug the tunnel to install the tunnel boring machine, which is chewing its way underground at depths of 120 to 170 feet.

Dubbed “Big Tex,” the tunnel boring machine is 38 feet wide by 230 feet long. It is the largest ever used in the United States and one of the biggest in the world.

“In total, we will remove approximately 1.8 million yards of limestone,” said Dietiker. “One of the biggest challenges is getting that material out. We set up tracks and railcars so as the machine bores, it fills the cars, which haul to a conveyor system that brings the limestone to the surface. In addition to tunneling, it’s also a material-handling project.”

Once the limestone is out of the tunnel it’s stockpiled, then hauled away. Operators use Komatsu WA470 wheel loaders to load trucks that take the material to various places throughout the Dallas-Fort Worth area as well as to Southland Holdings’ yard in Roanoke where it’s used for reclamation. Boring machine tunnel and shaft digs were and are done with excavators, including a PC490LC-11.

The machines utilized on the Mill Creek Tunnel Project are among more than 150 pieces of Komatsu equipment in Southland Holdings’ fleet. In addition to loaders and excavators, the organization employs various sizes of dozers.

“Komatsu gives us the most bang for our buck,” stated Joe Smith, Regional Equipment Manager. “We factor in several things when looking for equipment, including application, utilization, price and financing, productivity, reliability and longevity. Komatsu checks all of our boxes because it’s competitively priced, performs day in and day out without causing significant downtime and it lasts.”

“Ron and Jacky are great at matching the proper equipment to our needs,” said Smith. “In addition, Philip Hearrean (Product Support Sales Representative) and the service departments make sure we have what we need in terms of parts and service, including ensuring that scheduled maintenance is done on time under Komatsu Care. If we have a question about anything, we can always call any one and get a quick answer.”

“We check Komtrax often to track location, fuel usage, codes and other important information,” said Ramiro Nunez, Assistant Equipment Manager when speaking of Komatsu’s remote telematics system. “Kirby-Smith also sends us a weekly report with detailed information on the machines, which we really appreciate. Komtrax is a great management tool.”

“We’re ever expanding and looking for new, challenging projects,” said Smith. “We actively seek growth wherever possible, and because we are in so many markets there always seems to be possibilities. If one goes down, another generally goes up. We believe we are set up to handle just about anything that we set our minds to.” 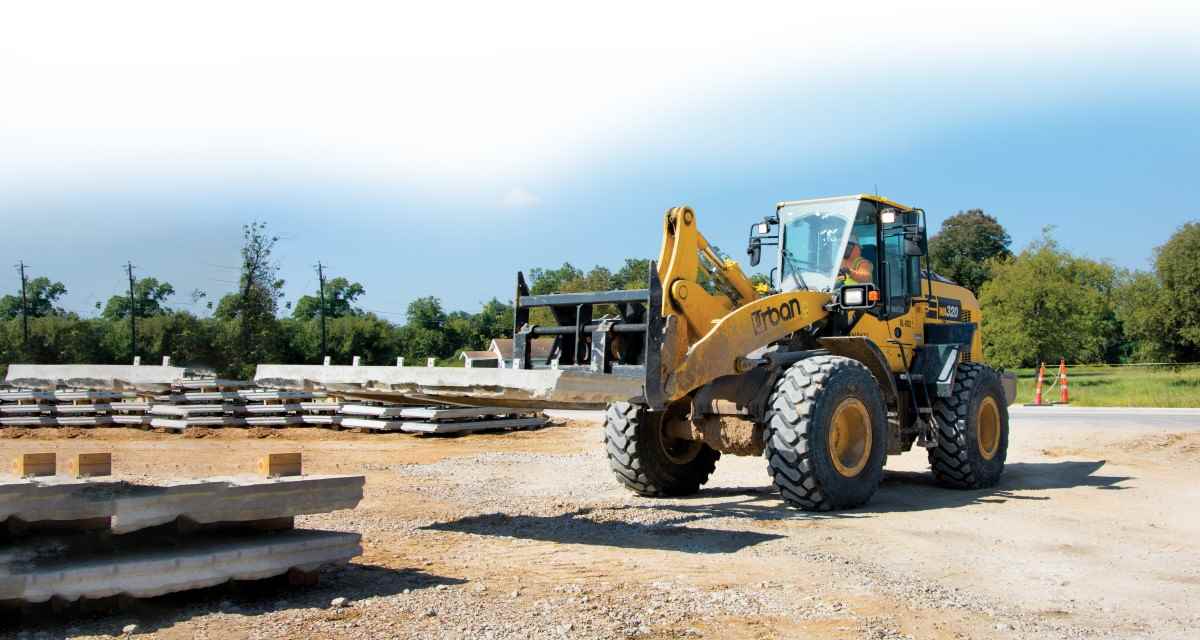 April 28, 2021 / Customer in Focus
Anup Tamrakar epitomizes a newcomer living the American dream. The Nepal native arrived in the United States as an international student in 2003 to study construction at North Lake Community College in Dallas and ended up owning and operating an ever-growing contracting firm. Continue reading...

February 24, 2021 / Customer in Focus
When it comes to cold milling machines, it is always to the contractor’s advantage to have options. From taking a little off the top to full-depth removal, WIRTGEN’s new W 220 Fi offers the ability to perform the task in the most effective and economical way. Continue reading...